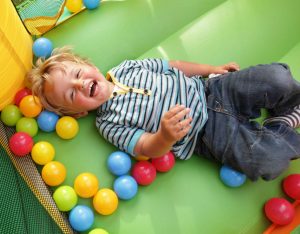 My little brother was funny! I learned to have a sense of humor in every situation.  I do not always follow through with this but I try. When I had to be firm with him, I’d have to walk around the corner first and giggle, then walk back around and muster up every bit of energy I had and speak firmly to him. He did very few things out of malice but many things impulsively. It’s also important to be able to laugh at oneself. A person who has learned to laugh at themselves is a person who has truly matured. If we take life too seriously, we will have high blood pressure and ulcers. Life isn’t easy nor is it fair, so laugh!

I learned that we are all different. His brain worked differently.  He had ADHD and a lot of it!  He was quick to annoy others such as the principal at his elementary school, but all that got to know him and looked beyond his hyperactivity, loved him. One day, he was standing outside on our front porch steps and for no reason, he bent down, picked up a large rock, and chucked it at my father’s head. He had good aim because it hit him square in the back of his head. My sister and I just stood there in shock, expecting my father to blow. After all, anyone would. It had to have hurt. My father simply turned around in amazement and looked at the source. My little brother’s innocent look put my father at ease, and he said nothing as he walked to the garage.

I learned to love everyone for who they are rather than who I wish they were. When one of my children asked my little brother if he liked it at our house or my sister’s house best, he answered, “I like them both equally. There are things I like about Angie’s house and there are things I like about her sister’s house.”  My heart melted when I heard that and he was right. As much as I secretly wanted to be the more ‘fun’ house, his answer meant more to me than he’ll ever know.

I learned that blood does not matter. My little brother was adopted at a young age into our family after I graduated college. We all loved him dearly. He was our brother. He was my parents’ son. After my little brother was killed, my other brother had gone to work. A co-worker asked him about the death in his family and said, “Yeah, but wasn’t he the adopted one?” Some people think that since they are adopted, they cannot possibly be loved to the same extent. Like Laura Schlessinger always said on her radio show, “Are you related to your spouse?” When they replied, “No.” She answered, “Well then, you can’t possibly love him.” Many adult adoptees grow up angry and bitter about being adopted, and feeling unloved and unlovable. Sadly, some of my older children feel that way. We loved them dearly. When they left our lives, it left a whole in our hearts with their names on it.  I wish they could see how much they were loved. I know at one point they felt it.

I learned that this life can end in an instant.  In an instant, one of us can die. It shouldn’t scare us but make us realize that whatever we believe, we had better believe it whole heartedly because death is inevitable. Mortality is still at a 100% rate. But for as long as I live, I will carry around a piece of all those that I have crossed paths with. People affect you in different ways and sometimes they will never know what they have taught us. It’s important to think about what each person who has hurt us has taught us. It helps us heal. It’s also important to remember what each person we’ve loved and lost has taught us. Now, I can finally smile when I think of my little brother! I look at what I’ve learned from him and I’m thankful for the time I had with him.

For those who have not read, Phoenix Bound yet, my little brother was hit by a car while on a bike ride. He was 9 years old. I was 30. 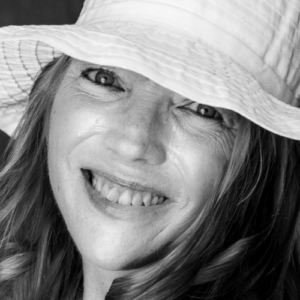